Big Agnes has been producing the Seedhouse SL1 Solo backpacking tent for years, and it’s long since been  my favorite solo backpacking tent. I’ve been using the older model for years now, and BA has been kind enough to update the series of tent twice since then, so I decided to check out the new 2012 variation. What has changed? Does the new tent still have the original charm? 2009 review here. 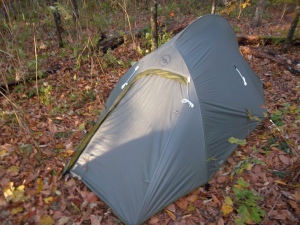 The Seedhouse SL1 is designed to be a super light  but also roomy tent, for a solo tent that is. It’s a freestanding tent, per say, but you’ll need to stake this tent out to get the most room out of it. The tent has three poles, and thereis a single pole centered at the end of the foot. If it’s not staked this area sags in. The tri-pole design minimized weight while still allowing for a fairly roomy living space.

The tent is lighter now. BA is using  newer, lighter fabrics for the fly and tent body. The dimensions are identical however. The old plastic viewing window is gone, and the clips across the spine are replaced with nylon loops instead. They’ve been kind enough to add a small gear loft which was missing from the older model. A big plus in my book.The colors are now a nice green and silver with reflective guyouts. 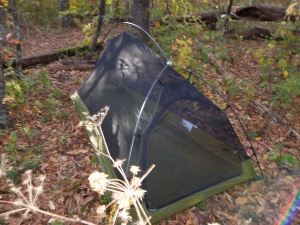 2 pounds 8 ounces, it’s silly how light this thing is. You’ll barely notice the weight, and you’ll love the room it saves in your pack. The updated build materials of this tent have cut some serious weight. My older model was 3 pounds 10 ounces. That’s over a pound of weight, without loosing an inch. In fact, you’ll gain storage space from sewed in gear loft. It’s small, but usable. The tent is fairly roomy.  You’ll have enough room to sit up, but you’ll be rubbing the the meshy walls of the tent with your head. There is enough space to keep most if not all of your gear inside with you, and there is plenty of shoulder room that allows you to move around when getting things in order or working with gear. The tent pitches out taut, and has great ventilation thanks to the full mesh body. The vestibule has a double zipper, so you can partially unzip the top portion to create a vent for more circulation. Again, Big Agnes splurged and included great tent stakes so you won’t have to run out and replace them out of the box. They hold well, and I’ve never broken one. The tent  is rigid in the wind. The most stable solo tent I’ve ever used in fact, especially when guyed out properly. It takes rain like shingles, and condensation is minimal thanks to great ventilation. 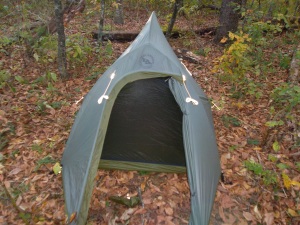 Previously, the BA Seedhouse had clips on the tent body all around which made pitching the tent a breeze. Now, BA has curiously added loops to the spine of the tent so you now have to slide the center pole through. This slows down pitching the tent, but only by a few seconds. The front of the tent still has the clips which helps. It’s a minor detail, and it won’t spoil your enjoyment of the tent at all. Perhaps this allowed the Seedhouse to shave another ounce, or perhaps it relieved tension on the rain fly (the older models’ clips buldged out across the spine creating tension points on the fly). Either way it’s a minor detail that I quickly adapted to.  The tent could use a little more headroom but it never gave me any real  problem at 5’8″. The material is very thin, and there is no included footprint as usual. You may want one if you are placing the tent or rough terrain. Sticks and twigs bulge through easily against the thin tent floor, but I’ve never had any actual damage. The zippers are a little rougher to use than I would like but they work fine.

An impressive update from Big Agnes.  Lighter, and just as roomy. You can’t beat that. 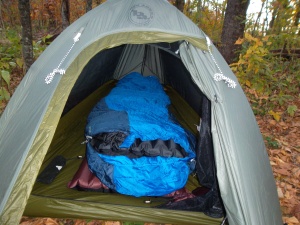 It’s a pricey tent at the 269$ MSRP. The tent is so light you’ll barely notice it in your pack, and it packs small. With the exception of limited headroom, you’ll have plenty of space to move around inside. Included tent stakes are great, and the overall build quality of the Seedhouse is impressive.

Highly recommended, be it your first solo tent or an upgrade from a previous mode. You won’t regret it. Big Agnes has always been known to make light weight. reliable tents and this is no exception. The tent is a little expensive, and you’ll want a ground cloth or footprint of some sort. Other than that, there is nothing about this tent that should keep you from enjoying a great night sleep and shelter from the elements. 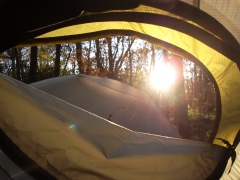 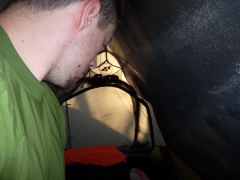